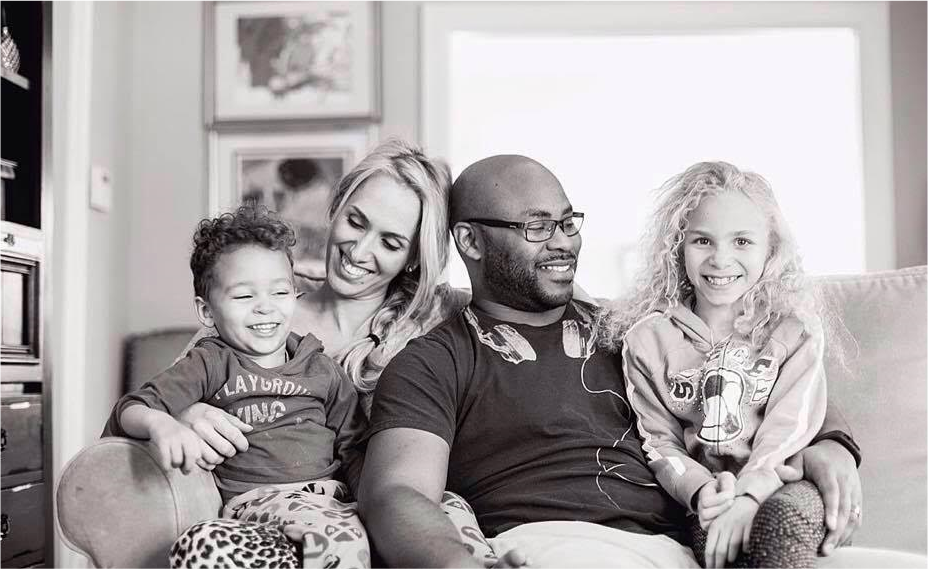 Wesley Heights is an early twentieth century streetcar suburb of Charlotte, North Carolina. It is located approximately one mile northwest of "the square" (the intersection of Trade and Tryon Streets), which is commonly considered to be the center of town. Streets generally follow a grid pattern, with the principal streets running northeast to southwest. Although the neighborhood is easily accessed by industrial/commercial W. Morehead Street and Freedom Drive, the character of Wesley Heights is entirely residential. Interstate 77 skirts the eastern edge of the district, thereby providing a barrier between Wesley Heights and "uptown" Charlotte. 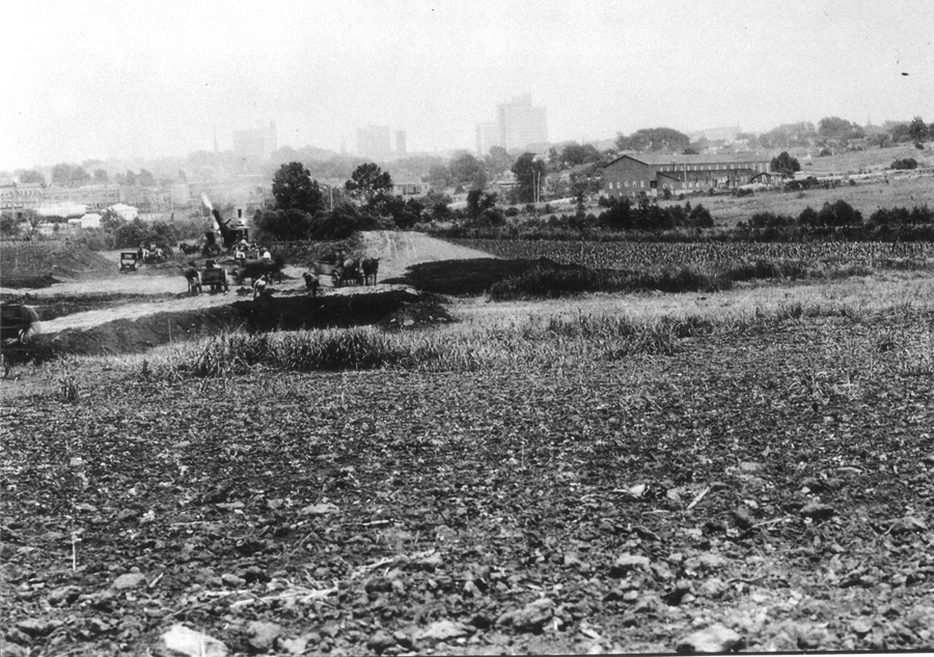 Originally farmland, the terrain of gently rolling hills is typical of the North Carolina Piedmont. Improvements were undoubtedly made during the early phase of development which probably altered the natural terrain somewhat. Nonetheless, the sloping topography remains evident on the landscape. Brick and cinderblock retaining walls, many of which are original, line the streetscapes throughout the neighborhood. Mature trees stand guard over the sidewalks and granite curbstones which edge the roadways.

Wesley Heights is an impressively coherent district . With the exception of houses removed for road building projects, and the destruction of the public school, very few buildings have been torn down. Virtually all of the non-contributing structures are infill construction on lots previously undeveloped. There are a total of 372 buildings, 335 (ninety percent) of which are contributing resources. Of the 372, there are two churches, 287 residences, eighty-two garages, and one backyard workshop. The residences can be further broken down into single-family houses (225) and multi-family dwellings (sixty-two). Multi-family dwellings are of three types: duplexes, quadriplexes (two-story, four-unit apartment buildings), and apartment buildings. There are seven apartment buildings, eleven quadriplexes and forty-four duplexes.

The neighborhood was first laid out in 1911. At least one house dates from this period, the George Wadsworth House at 400 S. Summit Avenue  (no. 123). In 1920, the land (excepting the few lots already sold), was transferred to the Charlotte Investment Company, who re-drew the survey plat, improved the land and offered lots for sale in December of 1921. Initial sales were brisk, and houses were constructed beginning in 1922. 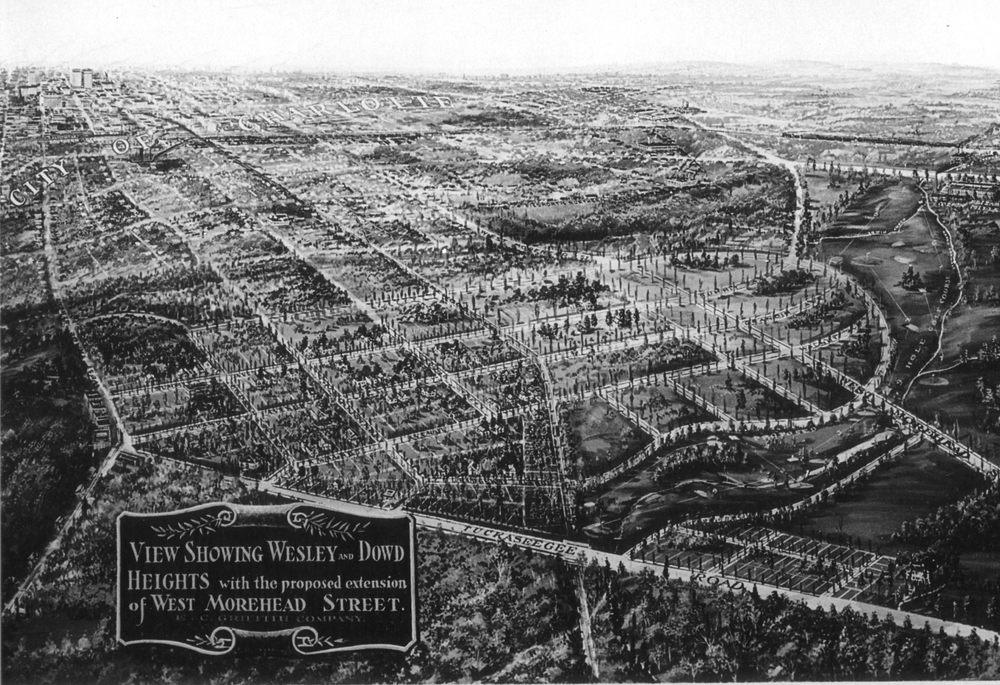 The majority of resources were built between 1922 and the close of the decade. Most of the remaining houses date from the 1930s, with a scattering of homes built during the 1940s and later.

Integral to the layout of Wesley Heights was the proximity to rail lines. There was already a functioning streetcar line running up W. Trade Street and bordering the southeast corner of the tract. Additionally, the Piedmont and Northern Railroad had a track running directly through the center of the neighborhood. The Piedmont and Northern connected a string of textile mills in Mecklenburg and Gaston counties, but did not have a stop in Wesley Heights.

Lots are long and narrow--typical for an urban setting. Most lots are fifty-five feet wide and either 150 or 187 feet long. Virtually all of the houses are set back from the sidewalk, but two houses on Walnut Avenue  (no. 166 and no. 234) were constructed on the extreme rear portions of their lots. Most of the lots have driveways and many have, or had, garages behind the houses. Functioning alleyways transect the rear lot lines in most of the older section (northeast of the former Piedmont and Northern Railroad tracks). Only nine dwellings face side streets, the rest face the principal northeast--southwest streets.
Architecture
Building materials are overwhelmingly wood and brick (veneer). Other types of masonry, namely stucco and stone trim, are seen on only a few buildings. The Wesley Heights Methodist Episcopal Church located at 201 Grandin Road (now Greater Bethel A. M. E. Church) has marbled glass windows and was designed by the famed Louis Asbury Architect. Some modern replacement materials are also present, especially asbestos and vinyl siding.

The predominant architectural styles are Bungalow/Craftsman, Tudor Revival and Colonial Revival. While both churches and a handful of houses are architect designed, the majority were not. They were likely constructed following published or purchased plans. Several do not embody any overwhelming style characteristics and could be termed vernacular. 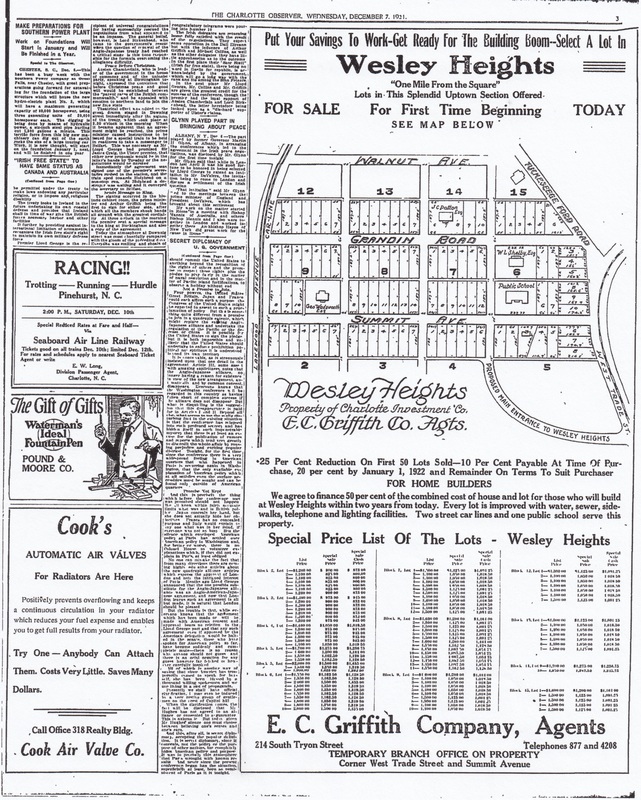 A few prominent Charlotte architects were known to have designed buildings in Wesley Heights. Louis Asbury drew the plans for both the Wadsworth House at 400 S. Summit Avenue (no. 123) and the Greater Bethel African Methodist Episcopal Church (formerly Wesley Heights Methodist Episcopal Church) at 201 Grandin Road (no. 10). The other church in the neighborhood, St. Mark's Baptist Church (formerly St. Andrew's Episcopal Church) at 615 Grandin Road (no. 61) was designed by William H. Peeps. Fred L. Bonfoey was a Charlotte architect who had established a reputation for designing bungalows, and is known to have drawn plans for houses in Dilworth, also worked in Wesley Heights. An example of his work can be seen in the Severs House at 321 Grandin Road (no. 30).

While there are a few houses that were designed by architects, the vast majority were erected by builders using what was listed on building permits as "private plans." These were either purchased or published plans which were then widely available at low cost. Scholars have pointed out that the cost of mechanical systems, which were considered mandatory by the 1920s, increased expenditures, and could be accountable for twenty-five percent, or more, of a building's total cost (Clark, p. 162; Wright, p. 168). Economies had to be found elsewhere. One such economy was in using stock plans rather than the services of an architect. 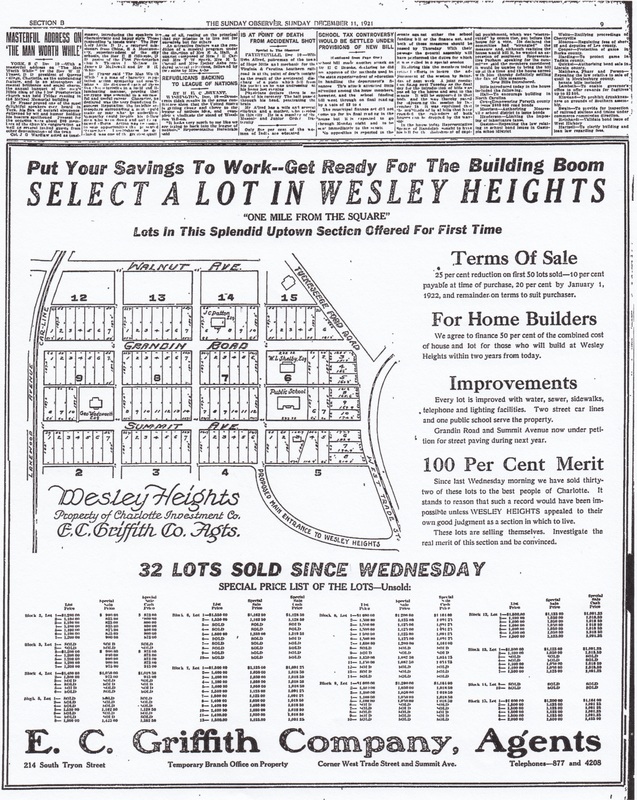 Twenty-two builders were listed in the 1920 Charlotte City Directory. In 1930, there were seventy-one. This represents a 323 percent increase in only a decade. Many of these names appear on building permits in Wesley Heights. Out of town builders, and builders not mentioned in the City Directories were also employed. Consequently, no one contractor dominated the market in Wesley Heights. Additionally, building permits were found which were signed either by a developer, or by the owner himself.

Whether architect-designed, or derived from a purchased plan, the bulk of the housing stock in Wesley Heights can be classified according to general style groups. They fall into three primary categories: Bungalow/Craftsman, Colonial Revival and Tudor Revival. 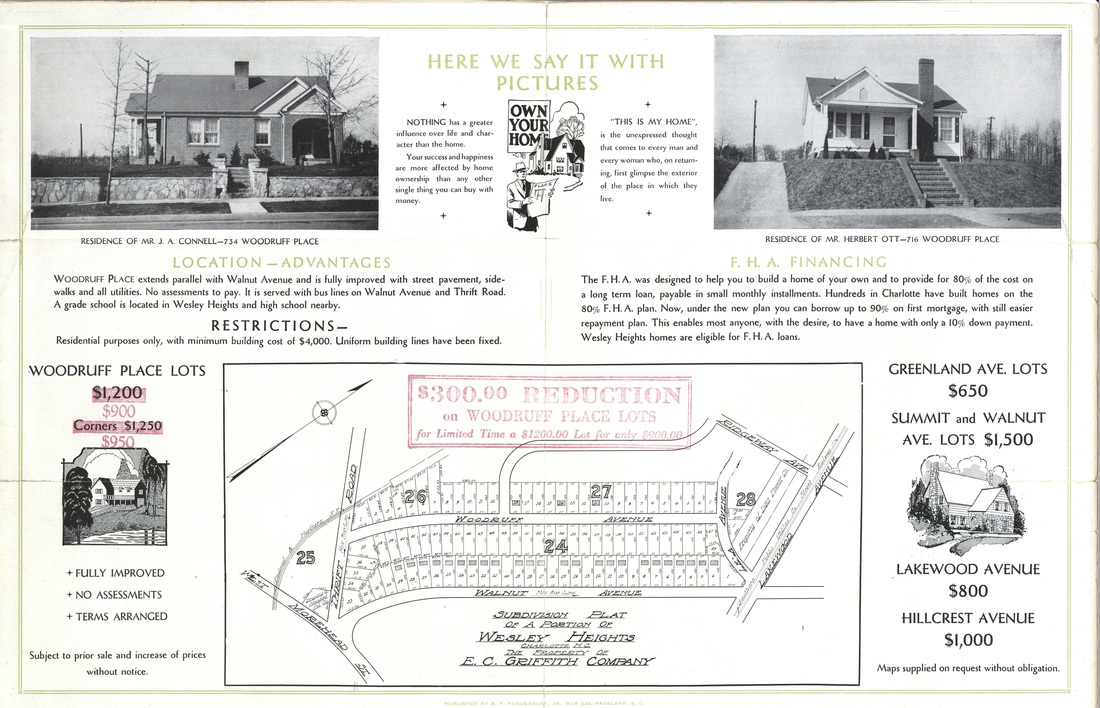